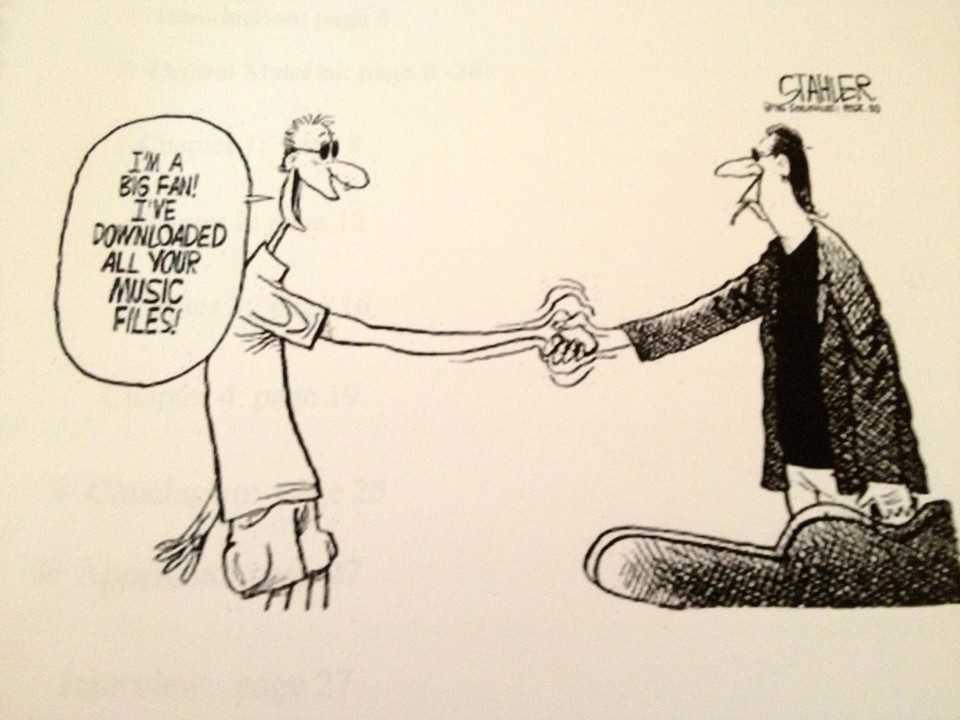 The creator economy is buzzing now more than ever with YouTubers, Tiktokers, Educators, and entertainers having more influence than one could have ever imagined.

Everyone has been talking about helping creators monetize lately. And there is one such, rather less explored avenue for creators – in this case, Musicians, to make money for their hustle – Music Licensing.

What are we talking about?

Whatever music you hear in Public i.e inside restaurants, pubs, clubs, cafes, live performances everything is being paid for by someone licensing it. Someone created it, someone has to pay to use it. Makes sense right? Let’s even call it Music as a Service.

This must seem like a bizarre concept for most people in India, who think it is legal to casually play certain soundtracks at weddings, gatherings, parties etc without paying for it!

Let’s get some stats & back story out of the way first, before we deal with what Music Licensing is and can this work in India? (skip to HERE if you don’t want to read this bit)

It’s estimated that around 2016 cr. to `2791 cr. annually is lost by the recorded music industry due to obsolete laws. And of course, piracy is an issue. They lose about ₹1,000 crore a year due to piracy, which, makes up for 67% of the market — (for context) the global piracy average is 27% (Source: 2019 International Federation of the Phonographic Industry (IFPI) – Indian Music Industry (IMI) ‘Digital Music Study)

All right, so we are losing money in the recorded music industry, which means Musicians especially independent creators must be struggling as well!

Cue IPRS. The IPRS was formed in 1969. It is a non-profit making organization that issues the license for usage of music and literary work.

So why exactly is the IPRS important?

Now, this is where it gets interesting. This allows for a marketplace to be built that allows creators a channel to monetize their music and recover all this lost revenue!

Most upcoming independent music artists are making music from their studios, bedrooms or studios in bedrooms!

For each track made – there is someone who would be willing to pay for it if it serves their purpose. One side would-be creators of music and the other side would be buyers of soundtracks (Agencies, media houses, a youtuber making an unboxing video etc)

That’s what a music licensing marketplace is. Epidemic Sound is the global leader in this at US$1.4Bn valuation after closing a US$450Mn round in March this year. (Read here)

But, there is an issue with this in India. To explore that, let’s look at how music creators today monetize? There are 3 things to note here – Medium. Scale. Payouts

Most creators make or attempt to make money today via youtube, Facebook, TikTok, Instagram or Twitch. In India homegrown startups like MX takatak and ShareChat have a corpus of ~13.5Mn each for creator payouts. (Source)

Globally, SignalFire splits creators into amateurs (46.7 million) and professionals (2 million +). Closer home, In India there are about 100Mn creators in all. The active content creators would be about 10% of this lot ~ 10Mn.

This is where the challenge comes.

Youtube is the largest platform for creators in India today in terms of payouts (revenue from ads, subscribers, likes, comments etc).

So for the sake of simplicity, let’s explore creators using mainly Youtube as the primary source of revenue – Via Ads. In this model, Youtube charges 55% while giving back 45% of the ad revenue to creators.

The irony is that, most of the world is trying to skip ads or paying a premium to get an ad free experience.

So a creator needs a LOT OF VIEWS before they earn anything substantial.

The end result is that 97.5% of YouTubers don’t make enough money (to even reach the U.S. poverty line, $12,140) Therefore, YouTube creators need to find other ways to supplement their advertising income.

Youtube India’s payouts to creators are easily less than $500Mn per year, which translates to $50 a year per creator (For easy calculation, assuming that most of the revenue gets evenly distributed among 10Mn active creators)

In fact, the top most Indian YouTuber earn 70% less than their US counterpart

So with such minimal earnings, the primary pain point to solve for the creator economy is to provide channels to earn revenue that consumers are today willing to pay for.

A few companies have come and tried to do so but quickly pivoted models when they realized that there is an intent to monetize from the creators’ side, but fairly low willingness to pay from the consumers’ side for most content – except for content on edtech, onlyfans or gaming platforms (share thoughts at sonia@kae-capital.com).

Music licensing marketplaces could have been an interesting channel in India but it seems like until the earnings per year per creator increases, this model will not scale beyond a point. Influencer marketing is another interesting space for this.

While globally companies like epidemic sounds have become billion-dollar businesses through this, closer home, it may still be early.

Hopefully, with payouts rising and/or more channels of monetization emerging, it is likely that this ratio will correct itself in the next few decades.

The opinions expressed here are those of the author. They do not purport to reflect the opinions or views of the Fund or its members.