Menu
Menu
Get in Touch

The Web3 ecosystem has taken off over the last two years. What started off as a whitepaper by the pseudonymous Satoshi Nakamoto back in 2008 has evolved from the first L1 – BTC (a prototype of sorts), to the arrival of the now dominant ETH (Ethereum), which drew the imagination of developers from across the globe with its smart contract functionality.

The top 15 blockchains store  $10 billion  in value each, with ETH and BTC together contributing almost $2 trillion.

But these ecosystems are growing in silos –

Ethereum, the largest ecosystem, has the best developer pools. Most programmers are comfortable with ETH UX/UI, languages, and smart contracts but with the current PoW (Proof of Work: requires miners to solve a cryptographic equation by trial and error) mechanism, the chain is suffering from poor scalability due to gas fees.

This is despite having the best security. It is said that ETH 2 with PoS (Proof of Stake: requires miners to stake all or a portion of their coins in order to validate transactions) will be much faster and cheaper.

Solana, which is currently the most prominent Proof of History based (sequence of computations that can provide a way to cryptographically verify the passage of time between two events), non-sharded chain, has high transactions per second (TPS). However, developers are still getting used to Rust, and with the core use cases being built around gaming, it’s becoming another siloed ecosystem

Terra, which aims to become “DeFi Central”, and seems to be doubling down on DeFi use cases with its array of stablecoins and innovative DeFi protocols, is also becoming another fascinating silo. 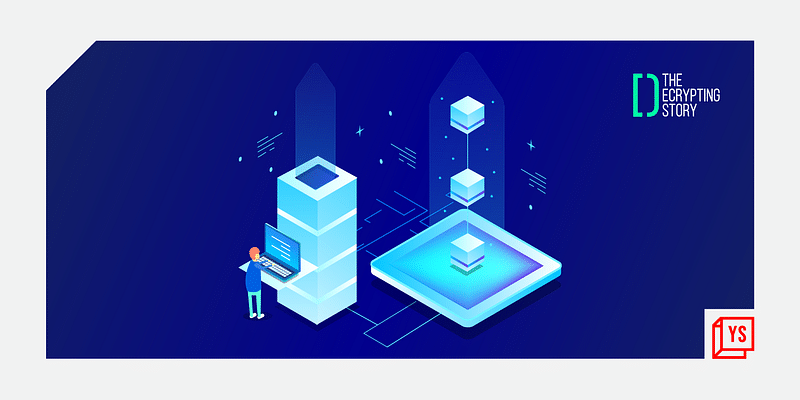 What encompasses interoperability and composability

Interoperability implies the seamless transfer of assets (fungible or non-fungible) and messages, while composability essentially implies shared infrastructure/effective cloning of dApps, meaning one should be able to deploy any dApp on any chain with minimum friction and time.

The vision is to enable developers to deploy dApps from any chain, onto any other chain in an almost no code format at scale.

This entails the seamless sharing of ecosystem strengths through smart contract calls or even on tools abstracted one layer above the smart contracts themselves.

The mode of connecting ecosystems today is cross-chain bridges. This is where we enter murky waters – i.e. the cross-chain vs multi-chain debate, which is at the heart of it all.

With bridge security mechanisms becoming a core piece of debate (bridge hacks leading to stolen tokens – like the Wormhole hack), a large chunk of the population believes cross-chain is not the future. Ethereum founder Vitalik has explained (here) why it is always possible to override consensus on bridges, making them a losing proposition.

This leads us to multichain ecosystems, with the core idea being shared security. For example,  the Polkadot ecosystem is an “internet of blockchains” with shared security, shared virtual machines (think computations, logic) with the concept of creating new chains called parachains.

So not only can the chains communicate with each other seamlessly and transfer assets, the security risk is much lower.

However, even with two  “Internet of Blockchain” ecosystems coming up with their individual shared securities,  they will still need to communicate with each other! Hence, bridges cannot be taken out of the picture altogether unless there is a completely new mechanism to substitute them.

Overall, we want to make bets on infrastructure plays, which will enable a multichain interoperable, composable future. This can include Tooling/Infra or Ether plays on Polkadot (think governance, no code plays, etc.).